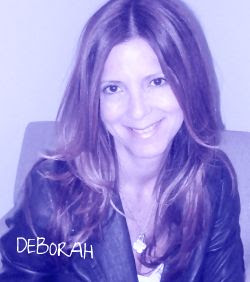 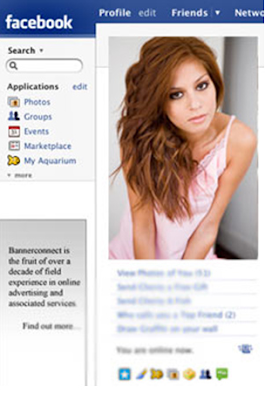 AS FIRST PUBLISHED ON WOMAN.CA
A Mother's Notes on Facebook in The Family
Of Course I'm Close to My Daughter, Just Not "Facebook Close"
I thought I was an uber cool mom. Apparently not cool enough. My thirteen-year-old Divine Daughter refuses to "accept" my invitation to be her Facebook friend. I frankly, can't believe that "friending" me is the equivalent of social suicide.
The facts don't seem to measure up. When it comes to clothes, my closet is her closet. If I own it Divine Daughter has to wear it. From Current Elliot to Converse, from American Apparel to Free City - I am in the know. As for Facebook Friend - it is a no go.
Divine Daughter picks my brain for the hippest hairdo, the latest book recommendation and the hottest trends - but when it comes to my plea to friend me on Facebook - the relationship is a dead end.
I thought things might take a turn for the Facebook best when 2 boys she knows invited me to be their friend.   I texted her to share the good news. To this she replied, "Don't you dare write on their wall - it is too weird."
When Divine Daughter made it clear that in her social circles my name would be a blight on her cyber life, I got creative. I tried to entice her with my celebrity connections. Upon sharing famous Facebook friends, Divine Daughter informed me that they were probably all imposters. With a huff and a puff, I received yet another Facebook rebuff.
So here is the bottom line. Divine Daughter is more evolved than Facebook Mama. At 13, her boundaries are clear and strong. Divine Daughter knows where she stops and I begin and she is comfortable letting me know when I am encroaching on her turf. Divine Daughter has boundaries and makes them known.
All along, Divine Daughter did say that if it were really important to me, she would add me as a friend. I didn't want to be the guest by way of guilt. Now, while we joke about it regularly, we are both comfortable knowing that we live our life together face to face and share two different worlds in cyber space.
By Deborah Mecklinger, LL.B., M.S.W, A.T.C
walkthetalkcoaching.com
deborahmecklingermecklinger.com
Posted by Deborah Mecklinger, LL.B.,M.S.W., A.T.C. at 8:19 PM