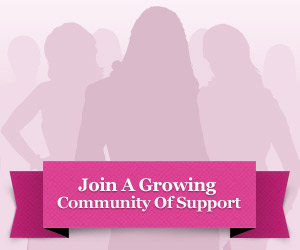 Talking it out – Photo by Bailey Rae Weaver  flickr.com/photos/baileysjunk/(Some Rights Reserved)
What if you try on your side, but the other person isn’t cooperative? You can only work on yourself. Can therapy or coaching help when the other person is being really negative and awful?
Deborah: It depends. The answer varies, depending on which of those processes you are talking about. If you are in mediation and there aren’t two parties that want to be a part of a cooperative dispute resolution process, one person can’t be in mediation by themselves. I don’t want to deal with people who are coming to mediation to check off a box, they both have to be committed or it just becomes a forum for beating each other up and I don’t want to be a part of that.
I think there are lots of benefits and there are lots of positive outcomes that one can receive from being in therapy regardless of whether somebody else wants to participate in the process. You can’t be in marital therapy by yourself, and you can’t be in family therapy alone, but you can work on personal change that can potentially impact any of those situations on your own.
Coaching as well; you can benefit from individual coaching whether or not someone else wants to be part of the process. In fact, if you are dealing with a challenging person, coaching can be extremely beneficial. I deal with a lot of individuals in my practice who have tried everything to make changes in their situation through negotiation, mediation or litigation. Then they get to the place where they are saying so now what? Now I actually have to cope. A lot of that happens in divorce – once they are finished with the lawyers, it’s kind of like: the patient survived the surgery but died in recovery. Now coaching can begin!
I help people come out of that recovery so that they are not limping, so that they have healthy tools to walk and to manage their world, given their idiosyncratic situations. So if they have an alienating parent, an abusive situation or toxic elements, there are ways that they can deal with challenging situations –financially, practically or with their children. You can think of a thousand and one situations – how do they build their lives, how they make positive productive choices that will serve them given the predicament they have to shake hand with.
Most of us seem to get into these patterns and we never think of new ways to cope or interact. A lot of us alienate our friends and family by constantly talking about our divorce problems. Is that something you help people with?
Deborah: I think people develop habits that don’t serve them. If you think of it more as a habit instead of a pattern, it’s less daunting to change because you can really develop a different habit, a new divorce habit. I try and help people develop different practices, behaviors and habits that will result in better outcomes. It’s a new way of interacting with people: how to deal with the private and the public divorce and the different tiers – what to say to my family, to my first tier friends, to the second tier friends, my children’s friends parents, my employer, my colleagues , etc. It starts by developing a way of approaching divorce that creates a whole way of living with it and a completely different narrative. Your friends are like milk; they have a shelf life and like milk will go bad if you are constantly talking about your divorce. They don’t want to hear about it over and over again. They run out of tools and get depleted. The only person who is going to hear about it over and over again is the person you are paying by the hour.  The only person who should hear about it is the one who can help bring about positive change. I try and help people to appreciate that they can make concrete changes and develop healthier  divorce habits.
Thank you, Deborah, for sharing your expertise and insight with us.
How do you deal with the situations that divorce has brought to your life? Share your stories in the comment box below.
Posted by Deborah Mecklinger, LL.B.,M.S.W., A.T.C. at 9:58 PM