AS FIRST PUBLISHED ON PREMIERE DIVORCE BLOG DIVORCESALOON.COM Braveheart or Brokenheart: An Elegant Approach For Mel and Robyn Gibson 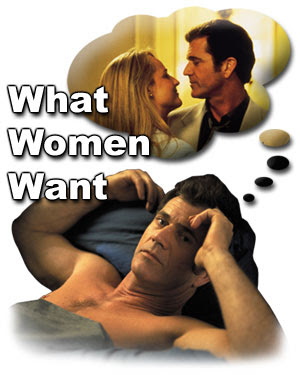 Divorce Saloon Welcomes and thanks Deborah Mecklinger for her contribution:

If this isn’t a case of art imitating life, than what is? Mel Gibson may not be an expert in WHAT WOMEN WANT but there is no question that he will be the leading man in PAYBACK. From the Year Of Living Dangerously, Chicken on The Run, Lethal Weapon, Forever Young and Braveheart – Mel has been flying through life and his career with the Passion of Christ. Is there anything to indicate just how Mel and Robyn Gibson will co-direct their divorce?

My hunch is that after 28 years of marriage, 7 children: Thomas, 10, Milo 19, Louis 21, William 24, twins Edward and Christian 29 and Hannah, 28 and fortunes nearing a billion dollars, Mel and Robyn will do everything in their power to facilitate an ELEGANT DIVORCE. Rumor has it that both are committed to resolving their issues respectfully and expeditiously.

Perhaps Mel Gibson’s notorious roadside episode in 2006 where he was drunk, belligerent and uttered anti-Semitic remarks taught him a lesson that he will take on his divorce journey. Mel Gibson’s road rage, the media implosion it brought on and Mel’s ensuing “look in the mirror” had a seismic effect on his life, career and sense of self. Gibson said that incident forever changed him and “saved him from himself.”

Gibson toxicity, venom and addictions resulted in the actor being called to task in the public realm where he ultimately, apologized, acknowledged his “out-of-control” behavior and told the world that he was “deeply ashamed”. This was the beginning of Gibson’s sensitivity training and a real life lesson on the impact and effects of INELEGANT behavior and its consequences. This cannot be a roadside divorce demolition. Apologies won’t do undue the damage of a roadside divorce debacle You get one shot at doing the divorce right. The memories are indelibly etched in the children’s minds.

In order to ensure the health, wellbeing, and best interest of 10 year-old Thomas Gibson, and his siblings, it is critical that Mel and Robyn handle their divorce with grace and sensitivity. No doubt preserving Thomas’ time and relationship with both parents is paramount. Furthermore, the mental health of their “adult” children is best served by navigating their way through the divorce process with a sophisticated legal team that will support a respectful process and a fair and expeditious resolution.